Without qualifying flood insurance, property owners are not eligible for federally backed mortgages, which comprise about 95% of residential mortgages in the commercial market.

Questions and Answers about
Flood Insurance 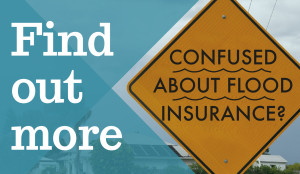 Not sure where to start with purchasing flood insurance? This frequently-asked-questions guide answers many questions you might have about the National Flood Insurance Program in an easy-to-read format. Learn more: Questions and Answers About Flood Insurance

Flood Insurance in the News in 2017

National Flood Insurance Program up for Reauthorization before Congress (updated 11.15.17)

The NFIP was set to expire on September 30, 2017, but prior to that deadline, it was extended until December 6, 2017. Now, Congress continues to consider bills that would reauthorize the NFIP. Most agree that the NFIP should be reauthorized, and many want to see it reauthorized for a longer period and ahead of the deadline to promote stability in the mortgage and real estate industries. However, aside from agreement that we need to keep the program, many differences of opinion arise on how to address the problems of the NFIP.

After fifteen years of lower-than-expected claims, in 2005 hurricanes Katrina, Rita, and Wilma resulted in the need for the NFIP to borrow $17.5 billion from the U.S. Treasury to cover claims. In 2012, Hurricane Sandy resulted in $8.4 billion in payouts and another $6.25 billion borrowed from the Treasury. In 2016, while no one single “catastrophic” event occurred, it was still the third highest payout year ever due to numerous flood in LA, TX, and Matthew’s flooding in many states along the east coast. Payouts of at least $4 billion are projected from these events, leading the NFIP to borrow yet another $1.6 billion in January of 2017. In response to hurricanes Harvey, Irma, Maria, and Nate, Congress ended up writing off $16 billion of NFIP debt so that there would be sufficient borrowing capacity for FEMA to continue paying claims under the NFIP. Some now fear that this year will be the new highest-loss year yet for the NFIP.

The current leading bill for reauthorizing and modifying the NFIP in Congress is H.R. 2874. This will would, among other things:

Despite passage by the House of Representatives, some interest groups do not support H.R. 2874. For example, the Association of State Floodplain Managers (ASFPM) has issued a letter in opposition to H.R. 2874. While the ASFPM acknowledges some positive aspects of H.R. 2874, overall ASFPM felt that the bill’s weakness outweighed its positive benefits. The letter in opposition provides excellent analysis of weaknesses of H.R. 2874 and suggestions for what Congress should do to protect those with NFIP policies, the NFIP program, and taxpayers.

On the other hand, the National Association of Realtors supports H.R. 2874.

It will be an interesting debate to follow reauthorization, and Florida Sea Grant will be following the developments and updating this space accordingly.

New Edition of the CRS Coordinator’s Manual Completed by FEMA

The 2017 CRS Coordinator’s Manual is now available at www.CRSresources.org/manual. Even while awaiting final release of the new manual, FEMA had already been working to prepare floodplain managers for the new manual.

Here is a FEMA-compiled list of changes to the 2017 Manual.

CS/CS/HB 813 passed the Florida Legislature in May 2017. It extends the time during which flood insurance can be placed with surplus lines insurers, or insurers not fully regulated under Florida law like regular insurance carriers. Under current law, this deadline is July 1, 2017, but the new law extends this until July 1, 2019.

During debate of a related Senate bill, one senator expressed concern that “surplus lines” of insurance that are not as carefully regulated by the state were intended for unusual circumstances and not as general replacements for regulated insurance. Bill CS/CS/HB 813 to some degree addresses this concern through two mechanisms. First, the new law limits the ability to use surplus lines insurers without making an effort to place policies with more closely regulated “authorized” insurers only until July 1, 2019. Second, the new law requires that policies may only be placed with surplus insurers that maintain a financial strength rating of ‘superior’ or ‘excellent’ by A.M. Best Rating Services.

Additionally, CS/CS/HB 813 adds a requirement that anyone getting private flood insurance, whether from an authorized or surplus lines agent, receive notice of what rate would apply under the National Flood Insurance Program if the property owner wished to return to the NFIP. This would allow those seeking private insurance to see whether they could return to the NFIP with a subsidized rate or whether any subsidized rate would be permanently lost for the property.

(Last updated 5.9.17) Senate Bill 112 did not move forward during the 2017 Session as it was withdrawn from consideration on May 8. This bill was similar to one that died during the 2016 legislative session: it would have created a $50 million grant program for flood mitigation. SB 112 required the Department of Economic Opportunity to develop criteria to rank proposals and would have expanded the powers of the Florida Communities Trust to coordinate and fund flood mitigation projects.

Established in 1968, the National Flood Insurance Program (NFIP) has been an important part of floodplain management for almost half a century. With almost $25 billion in debt, the challenges faced by the NFIP and those that it insures remain daunting. The NFIP is especially important to Florida as we have 40% of the NFIP’s policies.

Understanding the challenges of the NFIP, past and proposed changes and the controversy surrounding them is easier with some background on the NFIP, which can be found here. 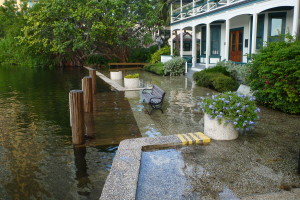 Major changes to the NFIP occurred in 2012 and 2014. In 2012 a law, known as the Biggert-Waters Flood Insurance Reform Act of 2012 (BW12), among other changes, eliminated subsidies for policies in Special Flood Hazard Areas (SFHAs). This led to increases in policy premiums that were sometimes very large. Due to input from affected policy holders, interest groups, and local governments, Congress revisited BW12 and in March of 2014 passed the Grimm-Waters Act, also known as the Homeowners’ Flood Insurance Affordability Act (HFIAA). The HFIAA modified some of the premium rate changes contained in BW12, but many parts of BW12 remain in effect. Under GW14, the costs of flood insurance will continue to climb for most policy holders. You can find the Federal Emergency Management Agency’s (FEMA) summary of GW-14 here.

One of the key changes of the HFIAA is that it stopped most pre-FIRM properties from immediately losing all subsidies due sale or lapse of NFIP coverage. Under the HFIAA, such properties will be subject to a maximum possible yearly increase in premium of 18%. In addition, the HFIAA eliminated the provision in BW12 that ended the policy of “grandfathering” properties; “grandfathering” occurred when a property that was built at or above the Base Flood Elevation (BFE) of a current Flood Insurance Rate Map (FIRM) is later determined to be built below BFE in later, updated FIRM. Under the HFIAA, such properties will be allowed to use either the original FIRM in effect when the structure was built or the current FIRM, whichever results in a lower rate.

Under BW12, properties that are business properties, are not primary residences (i.e.–lived in by owner over 50% of the year), or qualify as “Severe Repetitive Loss” properties will see a phase out of subsidies; premiums on these properties will increase up to 25% per year until their premiums reach the “real-risk rates” established by FEMA. The HFIAA did not affect this portion of BW12. For additional help understanding how HFIAA affects pre-FIRM structures, see this flowchart..

For those wanting additional detail, more extensive materials on changes to the NFIP, you may see additional material from the FEMA’s website as well as an analysis of GW14 from the Association of State Floodplain Managers here.

Increasing insurance premiums in the National Flood Insurance Program have led to more interest in the voluntary Community Rating System (CRS) program of the NFIP. The CRS awards points to communities that go above and beyond minimum flood plain management standards. Depending on the number of points a community has in the CRS, the community will be rated from a low score of nine to the best possible score of one; each number move from 9 to 1 results in a 5% decrease in the premium for policy holders in that local government.

Florida Sea Grant has prepared a host of resources for both property owners as well as real estate professionals to assist them in understanding changes to the National Flood Insurance Program in 2012 and 2014. You may find these resources on the page here.

On April 24, 2014, Florida Sea Grant and the UF/IFAS Extension Service hosted a workshop in Okaloosa County, Florida on the 2014 NFIP changes, the Community Rating System, and flood mitigation. At these links, you can view the presentations of Janice Mitchell, FEMA Region IV Insurance Specialist and CRS Manager providing an introduction to the NFIP and the 2012 and 2014 changes and Sue Hopfensperger, ISO CRS Specialist; discussing the Community Rating System. The presentation of Dr. Samuel Brody of Texas A&M University discussing flood mitigation strategies and how much money different strategies can save is not available via the website at this time due to size limitations. Please contact Thomas Ruppert at Florida Sea Grant to receive a copy via e-mail.

Archive of BW12 materials superseded by changes to the law in 2014: Florida Sea Grant flow chart and fact sheet for BW12. According to this FEMA analysis, only about 7% of policies in Florida could have seen immediate rate increases under initial implementation of BW12 changes during 2013. This is because BW12 did not remove all subsidies immediately, and many subsidized policies would not have seen dramatic increases unless they sold their property or allowed their insurance to lapse. Furthermore, for those properties that did not lose their subsidies all at once but would have been subject to a phase-in, the maximum average increase per year was limited to 25%.