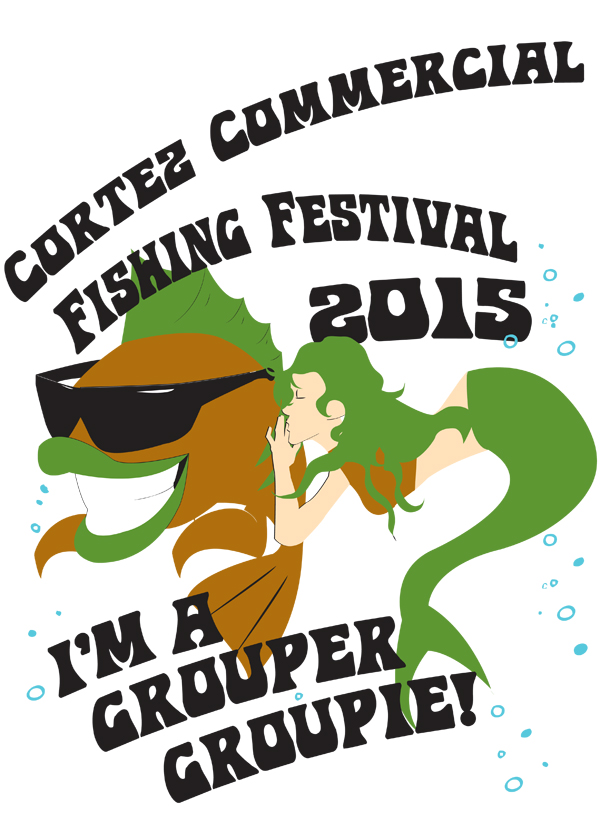 Its beginnings were humble. Music, clog dancing, smoked mullet and fish chowder were among the big draws for the first one-day festival. Organizers were hoping a few hundred folks would show up.

To their surprise, over a thousand people descended on the historic fishing village of Cortez to gorge on delicious seafood and enjoy the Sarasota Bay shoreline. Just about all the food was gone by noon.

Times have changed. Now, 20,000 to 25,000 people throng to the historic fishing village of Cortez to enjoy music, dancing, delicious seafood, arts and crafts, and much more. However, perhaps the biggest draw of all is the ambiance of this quaint fishing village settled more than 120 years ago.

Each year, Cortez residents celebrate the unique appeal of their working waterfront community with the Cortez Commercial Fishing Festival, a two-day event that gives visitors the opportunity to learn more about commercial fishing and its proud heritage. This year’s festival marks a special occasion – the 33rd anniversary.

Commercial fishing communities are an integral part of both Florida’s past and future, and nowhere is this more evident than in Cortez, one of the last intact fishing villages on Florida’s Gulf Coast.

Despite factors that have reduced the commercial harvest in recent years, the festival showcases how the pioneering spirit of fishermen past continues today in a number of industrious fishermen and local businesses who carry on the community’s proud heritage.

This year’s festival will be held at the eastern end of town, adjacent to the Florida Maritime Museum. There will be live entertainment, community displays, an expanded kids area and nautical and environmental art displays. Offsite free parking will be available at G.T. Bray Park, Coquina Beach, and one block east of the village off of Cortez Road.

There is another important aspect of the festival. Proceeds from each year’s festival support the purchase of 95 acres of mangrove wetlands immediately east of the village, one of the last few undeveloped shorelines found in Sarasota Bay. Funding also supports restoring impaired wetlands, restoring the Cortez 1912 School House and developing a maritime museum. This effort has achieved international recognition, gaining the endorsement of famed ocean-explorer Jean Michele Cousteau.

Cortez, originally called Hunter’s Point, has been a center of commercial fishing since the Spanish colonial era. In the late 19th century, a group of North Carolina fishermen migrated to Hunter’s Point and helped establish the fishing community that exists today. It is fair to say that Cortez was part of the wild American frontier when first settled. The Seminole wars had concluded just a few decades prior.

The 120-year-old community, with its 97 historic buildings, is listed on the National Register of Historic Places. The first Cortez post office was established in 1895. A hurricane in 1921 destroyed the waterfront, but the industrious residents were able to rebuild. Cortez families are proud of their heritage, and are bound together by love of hard work and love of family. The history of the village and its families has been preserved in a recently published book, Cortez-Then and Now by Mary Fulford Green and Linda Molto.

The fishing industry thrived for more than 100 years. Mullet, trout, redfish, mackerel, and pompano were harvested by inshore net fishermen. Offshore fisherman targeted grouper, snapper and a variety of reef fish. Small quantities of shrimp, stone crab and blue crab were also produced. Now, the stone crab fishery is one of the major fisheries.

The Cortez Festival is a special celebration, but the village is a charming destination at any time of the year. Download festival flyer

2015 Cortez Festival At A Glance