Helping Lobstermen in Florida Keys Get Back to Business Post-Irma 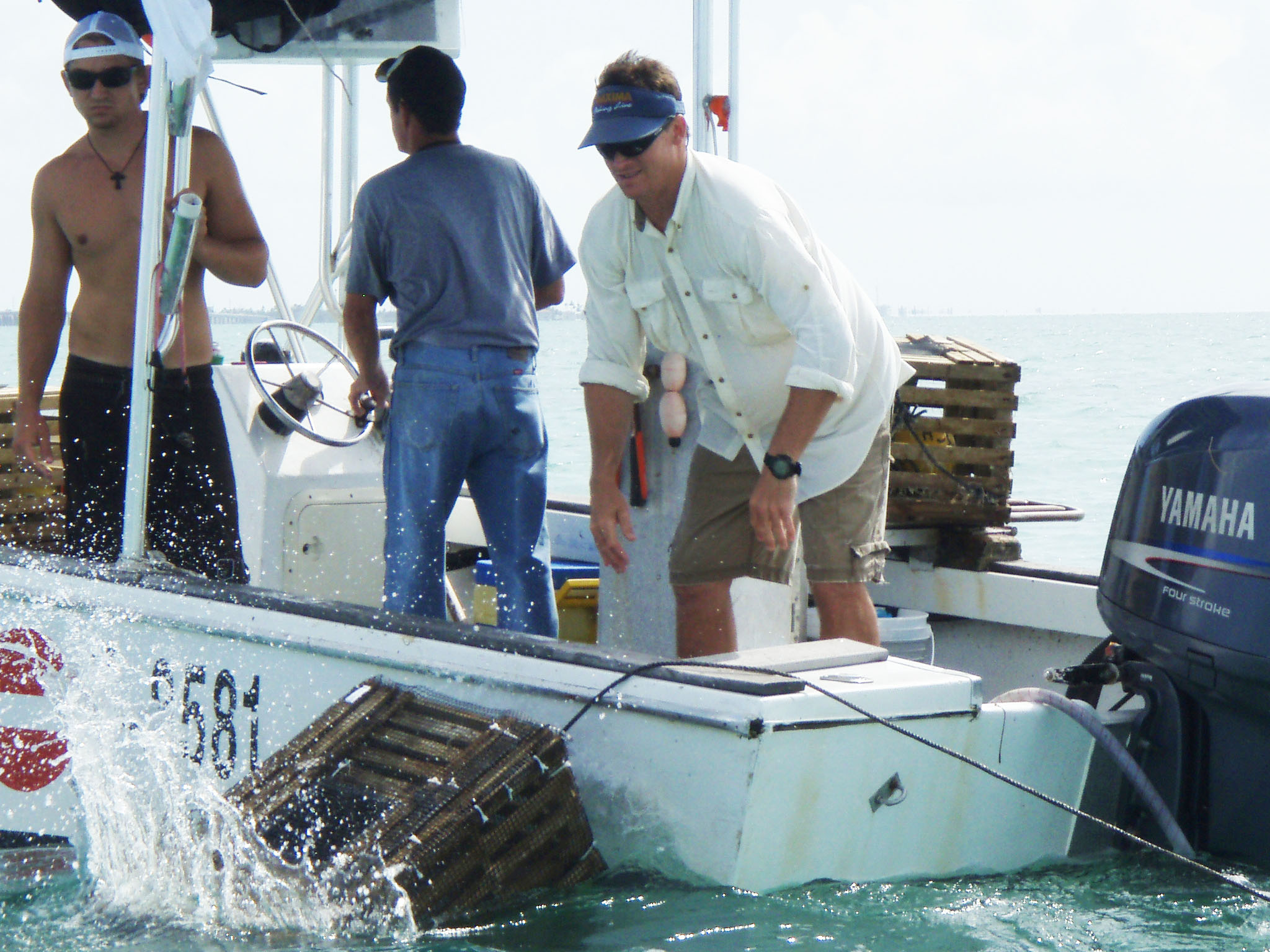 Tens of thousands of commercial lobster traps were scattered and displaced from winds during Hurricane Irma. Florida Sea Grant is using planes, cameras and mapping technology to systematically locate and remove the traps with hopes of getting the valuable fishery back on track. Photo by Don Behringer

Editor’s note: A portion of this story was originally written by Brad Buck on UF/IFAS News.

Hurricane Irma has had a major impact on Florida’s largest commercial fishery, displacing and damaging tens of thousands of spiny lobster traps in the Florida Keys. Florida Sea Grant is helping lobstermen by quickly locating the traps lost during Hurricane Irma — a move that will help an industry worth $150 million in the Keys, according to Bill Kelly, executive director of the Florida Keys Commercial Fisherman Association.

Using two planes, GPS-enabled cameras and professional spotter pilots, Sea Grant is hoping to streamline the process and get lobstermen back in business as soon as possible.

“Clusters of entangled buoys, lines and traps tend to accumulate in specific areas” Kelly said. “Following storms and hurricanes, fishermen face a tedious process involving countless man hours of operation and tens of thousands of gallons of fuel to locate and redeploy their gear.”

With Sea Grant funding, two experienced spotter pilots will fly planes the length of the Keys, said Shelly Krueger, Florida Sea Grant agent with UF/IFAS Extension in Monroe County. Using the GPS-enabled cameras, they will pinpoint the exact locations of lobster trap clusters in both the Atlantic Ocean and Gulf of Mexico by latitude and longitude. The first fly over will take place Saturday, September 23 and the other two will be scheduled early next week.

“These are experienced spotter pilots who have the expertise to conduct a comprehensive and thorough evaluation in the shortest period of time,” Krueger said. “They know what to look for and what tracks gear may have taken due to currents, wind impacts and other factors.”

Harry Crissy, UF/IFAS Extension Monroe County economic resource development agent, will then upload the coordinates into a GIS database. The map and the GPS locations will be shared with lobster fishermen and the Florida Fish and Wildlife Conservation Commission so they can go out in their boats and retrieve the traps.

“It is the height of the fishing season, and this economy needs to get going quickly,” Krueger said. “The work of Sea Grant is the critical first step to getting the industry back up and running after this natural disaster. Jobs, businesses and a large part of a regional economy will be saved.”

The lobster industry and FWC contacted Sea Grant two days after the hurricane and requested its help in recovering and reusing viable traps, Krueger said. The FWC is easing regulations that do not allow a person to have a lobster trap onboard a vessel that does not belong to them, she said. This will allow lobstermen to retrieve traps, once their locations are determined.

“Next to tourism, commercial fishing is the second largest economic engine and employer in Monroe County,” she said. “We need to rev this engine as hard and fast as we can. We are happy to help and pleased that the commercial lobster industry has asked Sea Grant to support this rapid response. ”

This project is a partnership with the Florida Keys Commercial Fishermen’s Association and the FWC.