On October 29, 2013, federal legislation was introduced into both the House and Senate to alter implementation of the Biggert-Waters Flood Insurance Reform Act of 2012 (BW12) (background information on flood insurance and BW12 that will make the following clearer is available here). This legislation comes as a response to the realization that a small percentage of National Flood Insurance Program (NFIP) policies will see dramatic increases in premiums; even this small percentage constitutes a large number of homes and will affect affordability and property values in communities.

The full text of the October 29, 2013 bill, known as the “Homeowner Flood insurance Affordability Act of 2013,” is available here. The legislation delays phase out of certain NFIP premium subsidies. Section 3 of the act temporarily stops rate increases on certain policies until 6 months after the later of three events: 1. FEMA proposes a “draft affordability framework,” 2. effective date of FEMA regulations authorized by a possible “affordability authority bill,” or 3. FEMA certifies to Congress that is “has implemented a flood mapping approach that utilizes sound scientific and engineering methodologies to determine varying levels of flood risk in all areas participating in the “National Flood Insurance Program.”

The act reinstates any subsidies for pre-FIRM structures that were lost due to sale of a property after July 6, 2012 or that purchased new policies after that date. The act leaves in place BW12’s phase out of subsidies for pre-FIRM properties that: are severe repetitive loss properties, are non-primary residences (i.e.–second homes or rental properties), are business property, have had cumulative NFIP claims exceeding the market value of the property, or have been substantially damaged or substantially improved since July 6, 2012.

It is not clear how long this bill would delay the beginning of phasing out of premium subsidies. Also unclear is when or whether Congress would pass an “affordability authority bill.” Finally, it is also not clear what the legislation means when it req 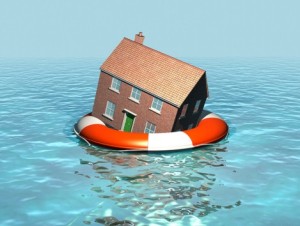 uires that FEMA has “implemented a flood mapping approach that utilizes sound scientific and engineering methodologies . . . in all areas participating in the National Flood Insurance Program.” If this were taken to mean that all participating communities would have to be remapped under a new methodology, then this could take billions of dollars and many years, if not decades, to achieve. Alternatively, it could be that FEMA would certify mapping approaches it has used for several years, thus making this less of hurdle, but potentially still delaying subsidy phase outs for years. At minimum, subsidy phase outs would not begin for at least four years under this bill.

The act removes any limitation on the amount of funds FEMA may use to pay expenses for successful challenges to technical or scientific Flood Insurance Rate Map (FIRM) errors.

Finally, the act eliminates FEMA’s authority to raise rates for structures built after a community’s first FIRM but that may not meet the elevation requirements of updated FIRMs. These properties are often referred to as “grandfathered” properties. According to BW12, FEMA was to do this, but as of October 2013, FEMA did not anticipate doing this until late 2014 at the earliest.