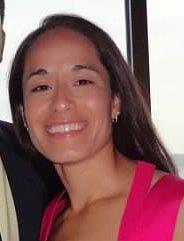 Monica Wilson, a recent graduate of the University of South Florida, has been selected as the Florida Sea Grant’s new Gulf oil spill research extension specialist. While serving in this position, she hopes to translate relevant oil spill science to Gulf Coast residents and stakeholders.

Wilson will work with three other specialists, one from each of the Sea Grant programs in the Gulf of Mexico (Mississippi-Alabama Sea Grant, Louisiana Sea Grant and Texas Sea Grant) to create a new science education program that disseminates key oil spill research results to industry and community audiences.

Each specialist is bringing different expertise to foster a more comprehensive understanding of oil spill science. Wilson is interested in how oil moves throughout the water.

“Tracking oil can be vital to minimizing the overall effects and damage to the surrounding environment and communities,” Wilson said. “Studying both surface and subsurface circulation patterns would help predict the movement of the oil.”

The initiative was made possible by the Gulf of Mexico Research Initiative, which awarded Florida Sea Grant $308,206 to fund the new program.The award is part of a larger $1.52 million project shared with the other Sea Grant programs involved.

“These funds are critical to being able to translate the results of a huge scientific effort for a wide range of businesses and communities whose livelihoods depend on a healthy Gulf,” said Florida Sea Grant director Karl Havens. “Having educators dedicated to this effort will make sure people have access to usable information they need to understand the environmental impacts and public health implications of oil spills.”

Wilson, who recently completed her Ph.D. in marine science with a concentration in physical oceanography, said she was excited when she found out she would be part of the new oil spill team. 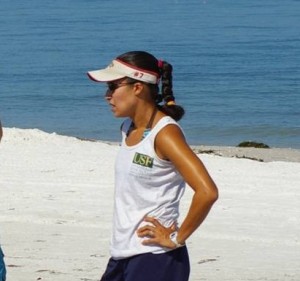 Monica Wilson brings expertise in geology to the Gulf of Mexico oil spill outreach team to study surface and subsurface oil circulation patterns in the Gulf.

“This job was the first one where I felt that I could really excel in the position that was being offered,” Wilson said. “Florida and the Gulf states will benefit from this team because the oil spill science will be effectively communicated to the stakeholders that need to make decisions if this were to happen again.”

Wilson became interested in marine science in the sixth grade after going on a dolphin watch cruise.

“From that day on I wanted to be a marine biologist.  When I went to Eckerd College to study marine biology I realized that there was so much more to the oceans,” she said. “As I continued with my studies I became more interested in geology.”

Apart from her research, Wilson also has experience in outreach and education. The former college soccer star, who was inducted into the Eckerd College Athletics Hall of Fame in 2013, has been a soccer coach as well as a science mentor. She has led high school students on field trips and taught them about geological processes. Throughout her graduate career, she was also a teaching assistant of oceanography and geology courses.

“Mentoring young girls in science was very rewarding and I learned a lot about how to translate cutting-edge science for education audiences,” she said. “I believe that my strong work ethic, organizational skills, leadership experience and team-oriented nature are equally valuable in my professional life and will prove to be an asset for this position.”