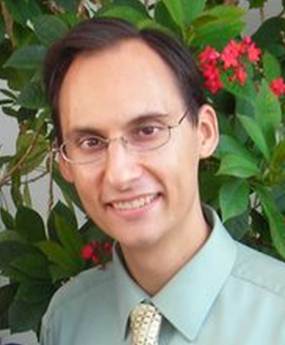 Steven Saul, Ph.D., a former recipient of the joint Sea Grant/ NOAA Fisheries Population Dynamics Fellowship, has recently been awarded $967,000 from the Gulf of Mexico Research Initiative to study the impact of the Deepwater Horizon oil spill on commercial fishing fleets.

Saul’s grant is one of 22 research projects funded in the latest round of GOMRI research that studies the effects of oil on the Gulf of Mexico ecosystem and public health. GoMRI is an independent, 10-year research program established with a $500 million commitment from BP following the Deepwater Horizon oil spill.

His project is an expansion of his dissertation work conducted as a Sea Grant/NOAA fellow at the University of Miami. For his Ph.D. work, he created a fisheries management model to better understand how vessel captains decide where they fish, how long they fish and what type of gear they use. The model was used to help resource managers assess commercial fishing impact on fish stocks in a more accurate way.

Saul, who is currently a senior research scientist at the National Coral Reef Institute at Nova Southeastern University, said that this work was needed because fishermen do not always harvest their catch in a way that is scientifically logical, yet data from the fishing community is important to the stock assessment and management process.

“We know that fishers do not always behave in a way that fisheries scientists, economists, and managers expect,” Saul said. “For example, fishers may frequent the same fishing locations, even though there may be better places. However, since they know they’re guaranteed to catch something, they return to these locations because they are reliable. Exploring new locations can be costly, and if unsuccessful, may result in profit loss.

“Since the goal of commercial and recreational fishers is to earn a living, their fishing decisions reflect ways to optimize their profits, and as such, they typically do not fish in a way that follows a scientific sampling protocol,” Saul explained.

Saul applied for the GoMRI grant because he believed his model could be expanded to help managers assess how the commercial fishing fleet in the Gulf of Mexico reacted to the closures that took place immediately after the 2010 Deepwater Horizon spill.

“Fishers were not able to fish in those areas so they had to come up with an alternative plan to earn a living. In some cases that may have involved using their boats as part of the cleanup effort,” Saul said. “Other people may have fished in different locations, while still others could have taken another job temporarily to supplement their income or, may have exited the fishery all together.”

For the new project, he will expand his model to encompass the entire Gulf of Mexico from Key West to the Texas-Mexico border. He is also including additional species of commercially important fish and shrimp.

“The idea is to understand how the oil spill affected the fishing community and if effects on the fishing communities were just temporary because of the spill, or if the event was large enough to cause a more permanent change in the way individuals are fishing,” he added.

But Saul is also interested in how these behaviors, as well as oil pollution, may have affected the populations of important commercial species such as red snapper, red grouper, menhaden, and shrimp.

“An oil spill may cause different pollution-related mortality levels for the populations that are important, and this could affect the stock biologically and the fishery economically” Saul said. “I will also be investigating what responses are most appropriate for these types of disaster events.”

Saul will be using data from the National Marine Fisheries Service, as well as interviews with commercial and recreational fishermen to create the model. The three-year project is set to end in 2018.

“I have been interested for a while in how the oil spill may have affected the livelihoods of those both here in Florida and along the Gulf coast,” Saul said. “My hope is that this tool will help better understand how the oil spill may have affected the commercial and recreational fishing communities and the fish populations. Furthermore, my desire is that the information we learn from the project will help improve fisheries stock assessment and management, especially when dealing with disaster events such as these.”