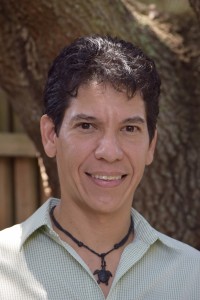 Armando J. Ubeda, a former program manager for the environmental organization LightHawk, has been named the Florida Sea Grant agent with UF/IFAS Extension for Sarasota County, located on the Florida peninsula midway between Tampa Bay and Charlotte Harbor.

In his new role, Ubeda, a native of Nicaragua, will be developing educational programs to address issues related to recreational and commercial fisheries, marine resource conservation and artificial reefs. His programs will also help provide more information related to coastal preparedness, climate variability and sea-level rise.

The former Fullbright scholar said he applied to the position for the opportunity to promote environmental sustainability and economic growth in Florida.

“I grew up relatively close to the Pacific Ocean. By the time I was out of high school, I had made up my mind about becoming a marine biologist, surfer, scuba diver and ocean advocate,” Ubeda said. “I’m thankful for the opportunity to develop marine and natural resource extension and education programs that will benefit the community that I am part of. I also hope to positively influence younger generations to care and appreciate our coastal and marine environments.”

Ubeda, who has previously worked as a staff biologist at Mote Marine Laboratory, received his bachelor’s degree in marine science with a minor in chemistry from the University of Mobile’s Latin American campus and his master’s degree in marine resource management from Oregon State University. Ubeda has also completed postgraduate courses in marine ecology and environmental impact assessment.

In addition to the Fullbright scholarship, he has received several other competitive scholarships such as the Hatfield Marine Science Center’s Mamie Markham Research Award and the Duke University Marine Laboratory Scholarship.

“Armando brings unique skills that will allow Florida Sea Grant and IFAS Extension to not only expand existing programs, but create new ones that will make lasting contributions to residents in Sarasota County,” said Martin Main, associate director of education and extension for Florida Sea Grant.