Editor’s Note: This article is republished from the Mote Marine Laboratory & Aquarium website at https://mote.org/news/article/press-release-white-house-to-recognize-mote-scientist-as-champion-of-change.) 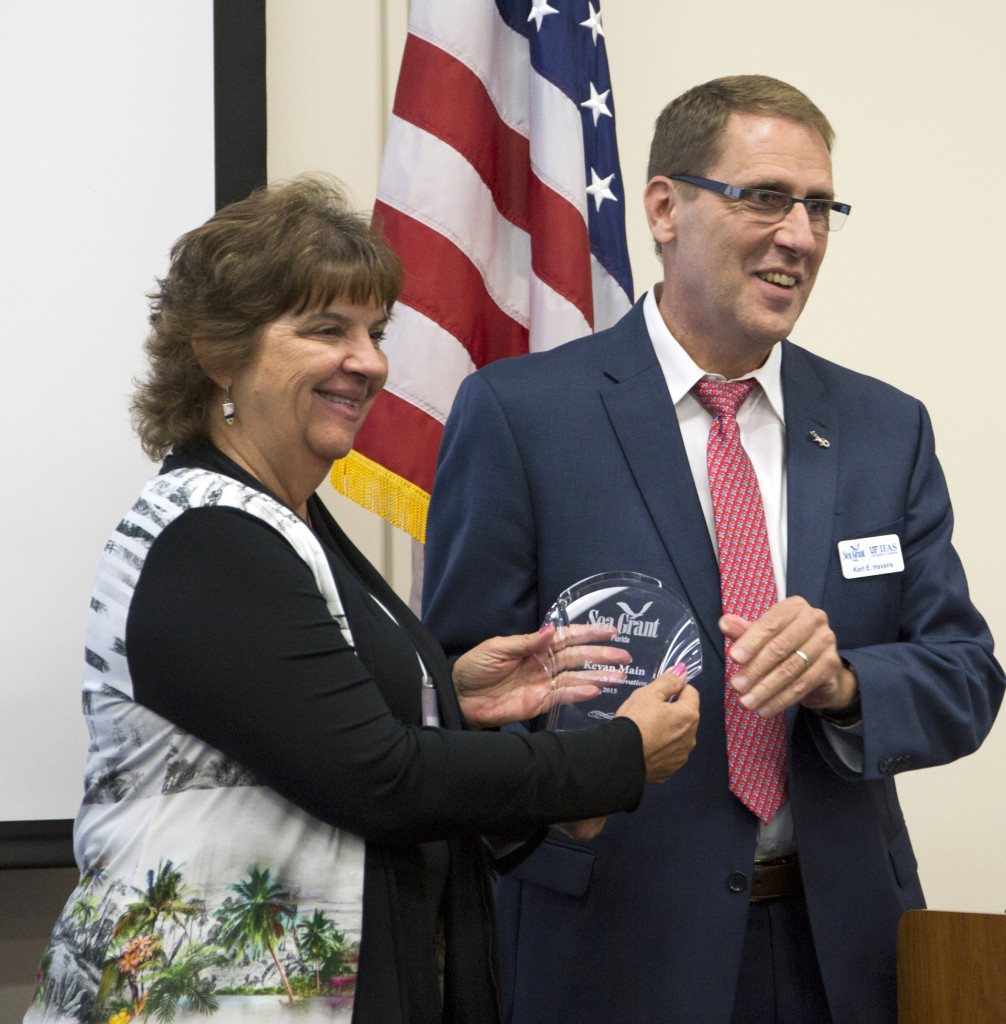 WASHINGTON, D.C. – On Friday, Oct. 7, the White House will recognize 12 people from across the country as “White House Champions of Change for Sustainable Seafood.”

One of those individuals is Florida Sea Grant-funded researcher Kevan Main, senior scientist at Mote Marine Laboratory in Sarasota County, Florida, where she serves as director of the 200-acre Mote Aquaculture Research Park.

Main is past president and a current member of the World Aquaculture Society, and she has led Mote’s aquaculture research efforts since 2001, guiding the development of Mote’s inland, re-circulating aquaculture systems that raise marine fish while recycling 100 percent of the salt water and using fish wastes to fertilize salt-loving plants.

For her work in aquaponics, Main was recognized with the 2015 Florida Sea Grant Research Innovation Award.

The Champions of Change program allows the White House to feature individuals doing extraordinary things to empower and inspire members of their communities. Friday’s event will be live-streamed on the White House website at (www.whitehouse.gov/live) at 1 p.m. ET. Follow the conversation at #WHChamps.

The 12 Champions of Change promote sustainable seafood through commercial enterprises, conservation, management and research. Main is one of just two awardees working in aquaculture.

More than half the world’s seafood is supplied by aquaculture, with many wild fish stocks overfished and declining, but U.S. marine aquaculture — fish farming — produces far less seafood than aquaculture in Asia, Europe, Canada, Central and South America. More than 91 percent of U.S.-consumed seafood is imported.

“U.S. aquaculture has faced tremendous hurdles due to concerns about environmental impacts,” Main said. “In the mid-1990s, it became clear that we need sustainable, water-recycling technologies at a cost our aquaculture producers can afford.”

“Since 2005, my research program at Mote Marine Laboratory has investigated how to integrate plants and fish into recirculating aquaculture systems — including saltwater systems that recycle 100 percent of their water. This is a great way to produce two crops using the same nutrient resource, increasing environmental and economic sustainability.”

Main has more than 30 years of experience in the aquaculture of tropical and subtropical fish and invertebrates from around the world. Before joining Mote, Main worked in the American Pacific Islands and numerous countries throughout Asia to expand the U.S. aquaculture industry. She was the first director of the U.S. Department of Agriculture regional aquaculture center in Hawaii – the Center for Tropical and Subtropical Aquaculture. Over her career, she has published seven books and more than 50 peer-reviewed publications and has traveled to aquaculture facilities throughout Asia, Europe and the U.S. In February 2016, she was honored with the Fellow of the World Aquaculture Society Award.

Over the past 15 years, Main and her team at Mote have been conducting research to develop innovative and sustainable technologies for raising red drum, Florida pompano, greater amberjack, common snook and red snapper to support enhancement of wild stocks and to produce juvenile fish for both land-based recirculating and offshore cage farms.

Main’s work is especially significant now. In January 2016, NOAA announced new rules implementing the Fishery Management Plan for Aquaculture in Federal Waters of the Gulf of Mexico. Offshore farms have the potential to generate significant quantities of marine fish to meet the growing demand for high-quality, domestically farmed seafood. To help this happen, much more work is needed to develop sustainable, land-based hatchery production technologies for Gulf marine fishes – the forte of Main and her team. Main has been instrumental in Mote’s efforts to translate and transfer innovative aquaculture technology to the commercial sector and implement real change that will fuel a new economic engine of environmentally sustainable, land-based and offshore aquaculture in the U.S. 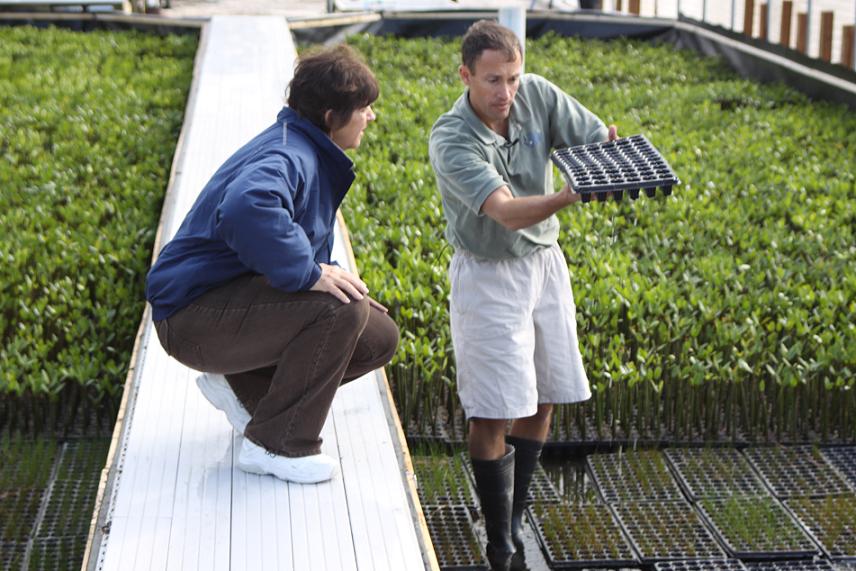 Beyond basic science and technology, Main connects regularly with chefs and seafood marketers in southwest Florida and elsewhere. Several gourmet restaurants have used and praised the quality of seafood and salt-tolerant vegetables from Mote’s marine aquaponics prototype system. Main also shares knowledge to support national and international policy discussion. In fact, she recently helped to promote Florida’s eco-friendly seafood and shared her scientific expertise with ocean-focused leaders and the public as a member of an aquaculture panel during Capitol Hill Ocean Week during June 2016 in Washington, D.C.

“Dr. Main’s accomplishments run the gamut from innovative research to demonstrated impact and insightful contribution to sustainable seafood discussions at all levels,” said Michael Crosby, president & CEO of Mote. “We are incredibly fortunate to have her at Mote Marine Laboratory, an independent institution that proudly provides her the freedom to effect positive change.”