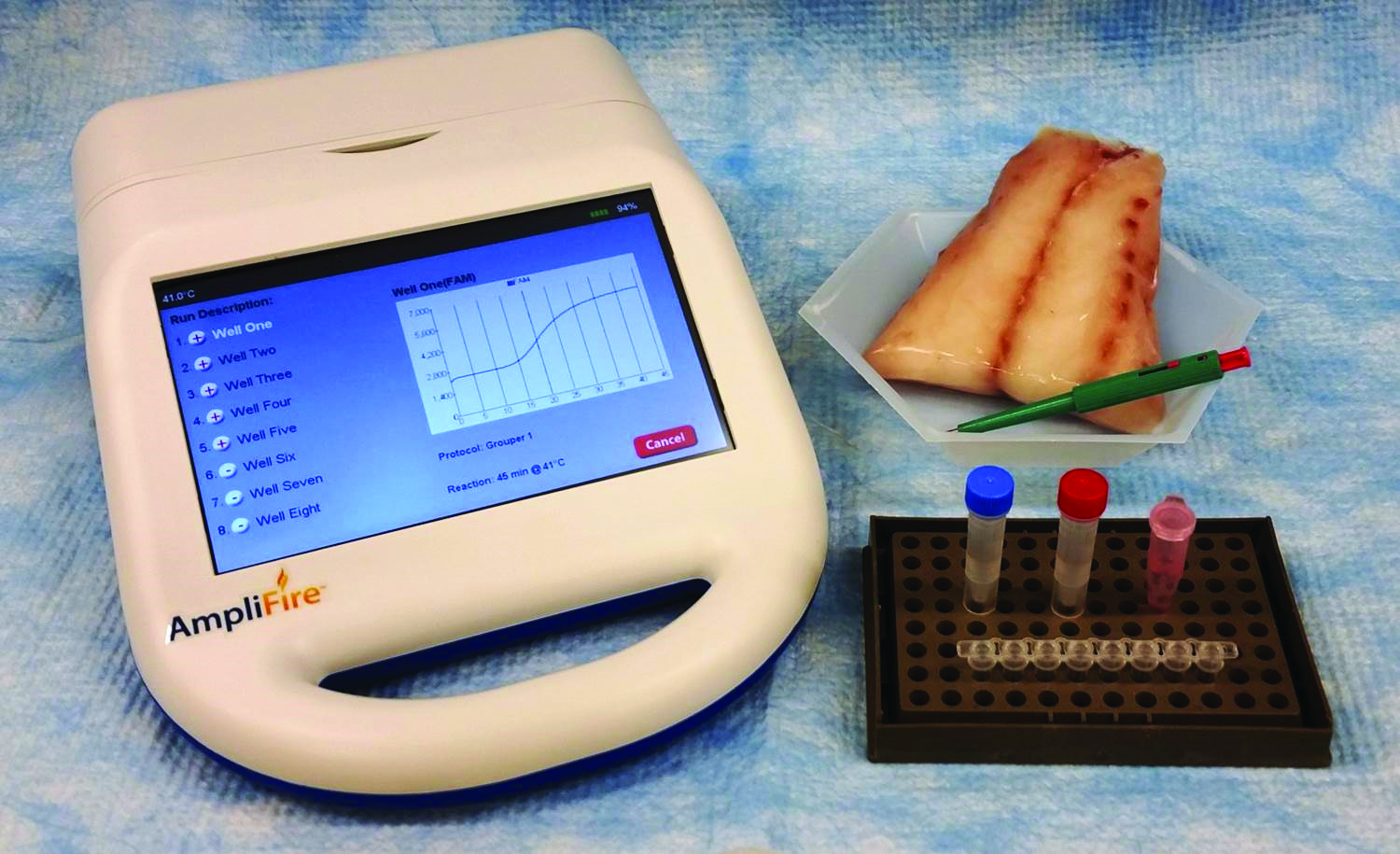 Proper labeling of seafood is important throughout the supply chain to ensure buyers are getting what they expect.

Take grouper, one of Florida’s most popular menu items. In recent years, news reports have surfaced of grouper being substituted with less desirable species, like tilapia.

Distinguishing between look-alike fillets makes it hard to enforce federal laws prohibiting the sale of mislabeled seafood. Although DNA-based testing is accurate, available methods tend to be time-consuming, costly and impractical for wholesalers or restaurateurs to conduct at the point of sale.

A Florida Sea Grant-funded researcher at the University of South Florida is changing that. John Paul is developing a suite of tools offering rapid, field-based testing that can differentiate grouper from other similar-looking fish in as little as an hour.

Paul and his former graduate student, Robert Ulrich, have patented the GrouperChek system, and are commercializing it through their start-up company, PureMolecular.

One of GrouperChek’s core features is a portable touchscreen device that can screen suspect fillets without expensive lab analysis. Seafood inspectors can carry the device dockside or into the warehouse for prompt testing. Chefs can verify the fillets they purchased are grouper before serving them to customers.

PureMolecular also provides lab-based genetic identification services to test dozens of samples simultaneously. The company has added a prototype test that tells the difference between common species of farm-raised shrimp and wild-caught species.

“If consumer demand is strong enough, the technology could eventually be extended to tableside, letting restaurant customers equipped with the testing materials and a smartphone app conduct their own tests for authenticity,” he added.

“We’re at the forefront of the technology right now.”