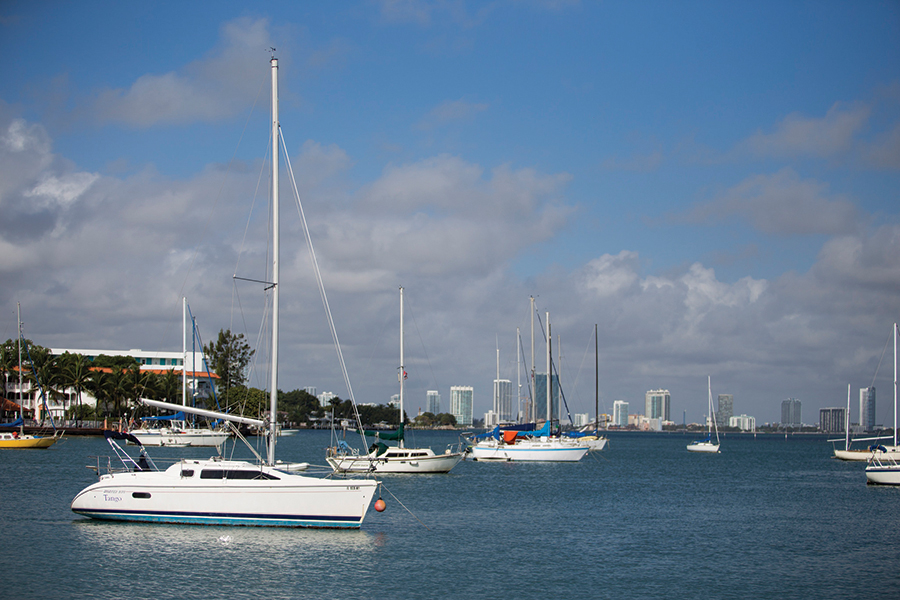 “Florida has been wrestling with the issue of vessels putting down anchor in state waters for as long as I have been with Florida Sea Grant,” said legal specialist Tom Ankersen, a law professor at the University of Florida Levin College of Law.

Ankersen said local and state authority to regulate the anchoring and mooring of vessels is unclear, leading to long-standing conflicts.

The new law, which passed both the House and Senate unanimously, affirms the state’s goal of promoting public access to public waters, but enacts measures that give local governments more ability to resolve issues with live-aboards, derelict boats, and vessels anchoring within their jurisdictions. The legislation also chips away at Florida’s abandoned boat issues, strengthening language that will prevent “at risk” vessels from becoming derelict.

In the 2000s, as conflicts between waterfront homeowners and rights of anchored boaters mounted, the state began a methodical public process to explore how much authority local governments could be given to write and enforce regulations.

In 2009, the state launched a pilot mooring project in five communities to test issues of unregulated anchoring, waterway management and local government authority.

But before anything could happen, the state needed to review its own statutory basis for vessel management. It was Ankersen’s team of law students that provided the comprehensive analysis and policy recommendations.
“Our report eventually formed the basis of the legislation authorizing the pilot mooring program,” Ankersen said.

Many of the changes made to the Florida boating law were based on recommendations resulting from the pilot program’s final report, he said.

“I am pleased that our work continues to be cited when the state made its final report about the program to the legislature last year,” Ankersen said.