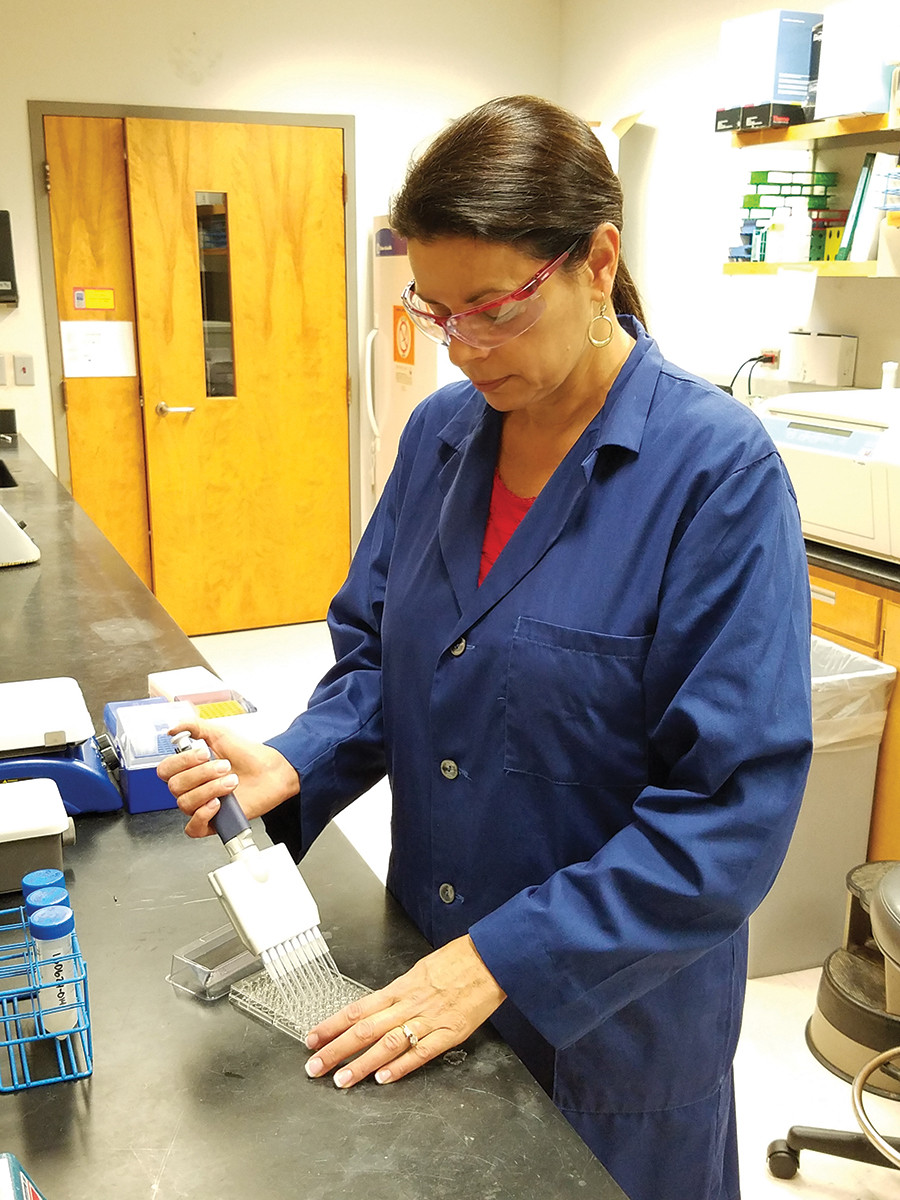 Leanne Flewelling, with FWC compared a new method of testing shellfish for NSP with the antiquated mouse bioassay, currently the only approved testing method.

Savings could be made if regulators could use alternative and quicker NSP testing methods to replace the inefficient and antiquated mouse bioassay, which is presently the only federally approved detection method.

With Sea Grant funding, researchers at the Florida Fish and Wildlife Conservation Commission compared the accuracy, user-friendliness and costs of an alternative to the mouse bioassay test called ELISA, or enzyme-linked immunosorbent assay.

After comparing results of more than 500 samples tested by both methods, a proposal was submitted to the Interstate Shellfish Sanitation Conference, the state/federal cooperative that establishes updated guidelines for sanitary control of the shellfish industry.

Researchers are proposing that ELISA be approved as a “Limited Use Method” appropriate at or below a safe minimum threshold.

If adopted, the new method will reduce the amount of time that shellfish farmers must stop harvesting their product and potentially provide a huge benefit to that business sector, while still ensuring that the seafood is safe.

“Using this method when we know toxin levels are relatively low will greatly increase the number of samples we’re able to test in a week,” said Leanne Flewelling, the project’s principal investigator and researcher with FWC. “The availability of a more user-friendly alternative NSP testing method will also benefit those Gulf states that do not maintain the capability to conduct NSP mouse bioassays.”

This project is a part of a larger collaborative effort with the U.S. Food and Drug Administration to put forth one or more alternative methods for reducing neurotoxic shellfish poisoning.