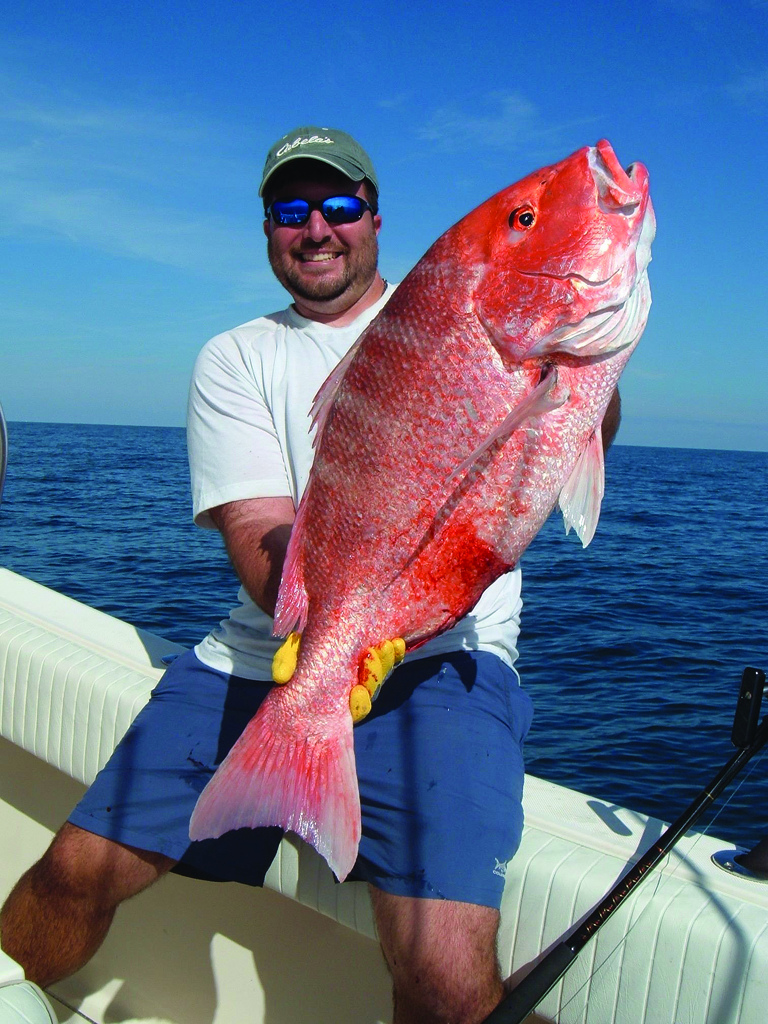 Scientists funded under the $12.1 million project will study red snapper abundance and distribution on artificial, natural and unknown bottom habitat across the northern Gulf of Mexico. FWC photo by Keith Mille

A team of university and government scientists, selected by an expert review panel convened by the Mississippi-Alabama Sea Grant Consortium, has been funded to conduct an independent study to estimate the number of red snapper in Gulf of Mexico federal waters.

Rob Ahrens, a Florida Sea Grant fisheries research affiliate with the University of Florida Institute of Food and Agricultural Sciences, is a part of the research team, which consists of 21 scientists from 12 research universities and institutes, a state agency and a federal agency.

“We are excited that this critically important research is moving forward, and that it includes exceptional UF/IFAS researchers,” said Karl Havens, director of Florida Sea Grant. “The work will provide needed science-based information that can be used for sustainable management of the species and the fishery resource.”

The research team was awarded $9.5 million in federal funds for the project through a competitive research grant process. With matching funds from the universities, the project will total $12 million.

“American communities across the Gulf of Mexico depend on their access to, as well as the long-term sustainability of, red snapper,” said Secretary of Commerce Wilbur Ross. “I look forward to the insights this project will provide as we study and manage this valuable resource.”

“We’ve assembled some of the best red snapper scientists around for this study,” said Greg Stunz, the project leader and a professor at the Harte Research Institute for Gulf of Mexico Studies at Texas A&M University – Corpus Christi.

“The team members assembled through this process are ready to address this challenging research question. There are lots of constituents who want an independent abundance estimate that will be anxiously awaiting our findings.”

Recreational anglers and commercial fishers will be invited to play a key role in collecting data by tagging fish, reporting tags and working directly with scientists onboard their vessels.

“The local knowledge fishermen bring to this process is very valuable and meaningfully informs our study,” Stunz said.

Some stakeholder groups have expressed concerns that there are more red snapper in the Gulf than currently accounted for in the stock assessment conducted through the Gulf of Mexico Fishery Management Council.

The team of scientists on this project will spend two years studying the issue.

“Today’s announcement is welcome news for all red snapper anglers in the Gulf of Mexico,” said Sen. Richard Shelby of Alabama. “As Chairman of the U.S. Senate Appropriations Subcommittee on Commerce, Justice, Science, and Related Agencies, I was proud to author and secure federal funding to address the need for better data, which is a fundamental issue plaguing the fishery. The management of red snapper must be grounded in sound science if we want to provide fair access and more days on the water for our anglers. It is my hope that these independent scientists will be able to accurately determine the abundance of red snapper in the Gulf of Mexico once and for all.”

“This research will be driven largely by university-based scientists with partners from state and federal agencies.” Stunz said. “This funding will allow us to do an abundance estimate using multiple sampling methods with a focus on advanced technologies and tagging for various habitat types.”

The project team will determine abundance and distribution of red snapper on artificial, natural and unknown bottom habitat across the northern Gulf of Mexico.

Scientists on the team include:

Editor’s Note: This article is compiled by news releases written by Mississippi-Alabama Sea Grant, NOAA Sea Grant, and the University of Florida Institute for Food and Agricultural Sciences.