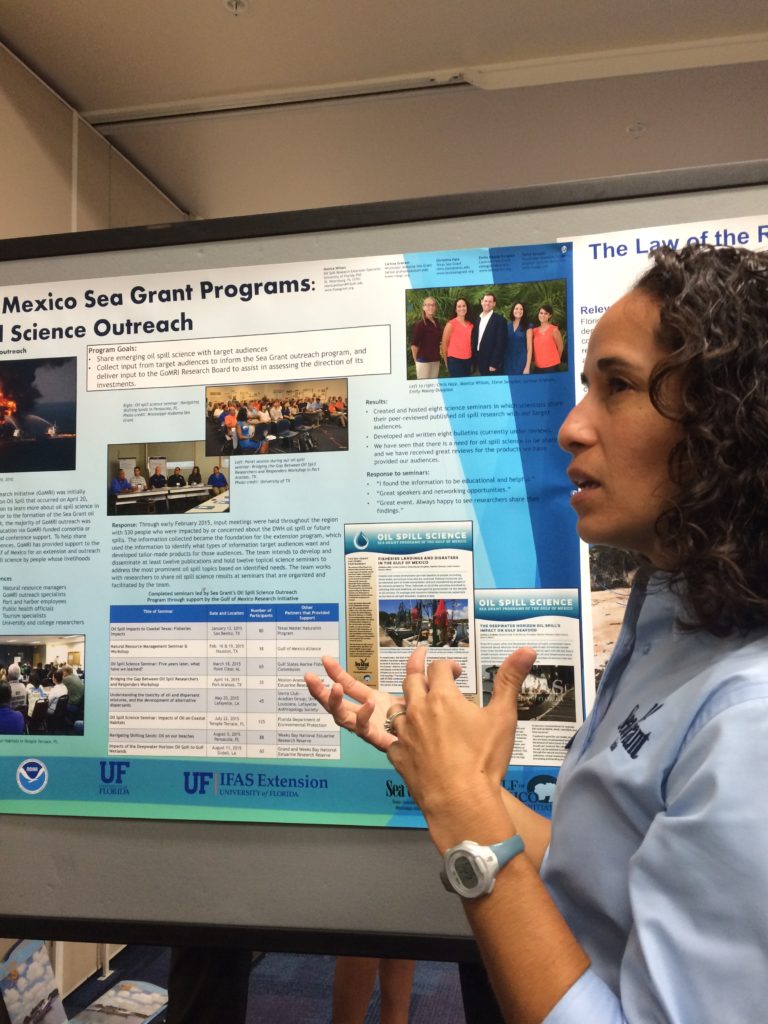 Monica Wilson is part of a regional team that translates oil spill science to stakeholders.

The award is given every two years by Sea Grant Extension leaders to recognize outstanding success in outreach programming among the nation’s 34 Sea Grant programs.

Since its creation in 2014, the team has conducted a multi-pronged effort to share the results of peer-reviewed research about the Deepwater Horizon oil spill to Gulf communities and economies that rely on healthy marine environments.

Wilson, a physical oceanographer headquartered at the University of South Florida, works with the other team members from the four Sea Grant programs in the Gulf of Mexico region – Mississippi-Alabama Sea Grant, Louisiana Sea Grant and Texas Sea Grant.

The team has delivered 24 science seminars with more than 100 invited speakers and close to 2,000 attendees and given a number of free science seminars on specific oil spill-related subjects. Team members have also published more than two dozen publications on various aspects of the spill.

The program founded with a regional focus is now national in scope, with upcoming meetings planned in Virginia, California and Alaska. 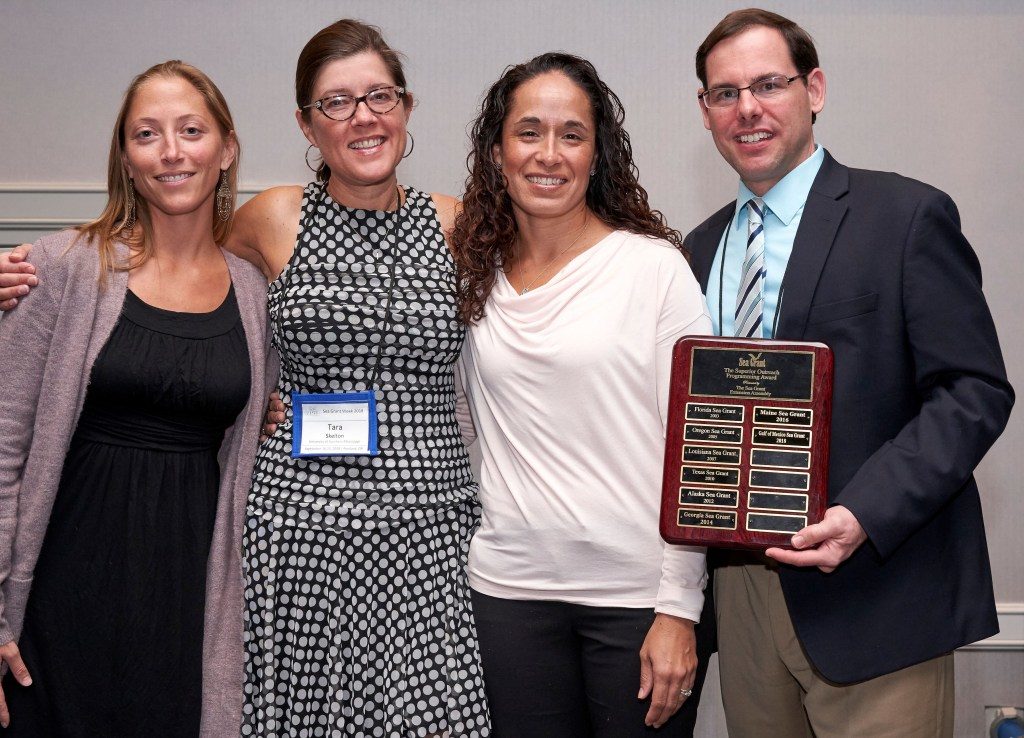 “During and immediately after the oil spill, Gulf Coast residents were concerned about the impacts of the spill. In just under four years, the team has applied sound Extension and outreach methods to address concerns and answer the questions posed by key stakeholders,” said Martin Main, UF/IFAS  Extension associate dean of  natural  resource and Florida Sea Grant’s associate director.

“The team has fostered strong partnerships and a better appreciation of UF/IFAS Extension Florida Sea Grant within NOAA’s Office of Response and Recovery, the National Academies of Science, Engineering and Medicine, the petroleum industry and academic institutions around the country and the world.”

Sea Grant’s oil spill science team has been funded by the Gulf of Mexico Research Initiative, an independent and academic 20-member research board established with $1.52 million from BP to investigate the impacts of the oil, dispersed oil and dispersant on the ecosystems of the Gulf of Mexico and affected coastal States.

“The oil spill outreach team done an outstanding job of translating the research conducted on the effects of the oil spill to a diverse group of stakeholders and answering important questions such as whether Gulf seafood was safe to eat, where the oil went, and the effects of the spill on fish, corals and wildlife,” Main said. “The team is very deserving of this award and their work epitomizes Sea Grant Extension’s commitment to effectively bringing sound science to stakeholders.”

To read the team’s publications, view videos from their seminars and workshops and learn more about the newest oil spill outreach specialist, Missy Partyka, visit gulfseagrant.org/oilspilloutreach.