Three graduate students at Florida universities have received John A. Knauss Marine Policy Fellowships, recognizing their outstanding achievement in marine and coastal policy research. The following winners have relocated to Washington, D.C. for one year to work in the legislative and executive branches of the federal government.

The National Sea Grant College Program created the Knauss Fellowship in 1979 to provide educational experiences to students that have an interest in ocean and coastal resources, and in the national policy decisions affecting those resources.

Since Florida Sea Grant was established there have been 65 Knauss fellows from Florida universities.

“The Knauss Fellowship is a unique opportunity. It allows graduate students who are excellent marine scientists to spend a year in Washington learning how science is translated into policy,” said Karl Havens, Florida Sea Grant director.

“Florida has truly outstanding fellows this year and I know that they will make substantial contributions to marine policy as well as have great learning experiences.” 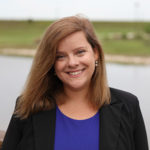 Kathryn Lohr is a Ph.D. student in the fisheries and aquatic sciences program within the University of Florida’s School of Forest Resources and Conservation. For her dissertation, she is studying ways to improve coral restoration techniques to increase survival rates of transplanted corals. She is set to graduate this December.

Starting in January, Lohr will be working in NOAA’s Office of Marine Sanctuaries, something that closely aligns with her career goals.

“I’m interested in gaining experience in what it’s like to work in marine science at the federal level,” Lohr said. “This fellowship will give me immersive experience in how science is used by federal agencies and how that translates into larger management and policy decisions.”

Lohr earned her bachelor’s degree in biology at the University of Michigan. In her junior year, she participated in a Semester at Sea through the University of Virginia where she was able to visit and learn about marine science issues in 11 countries. From there, she earned her master’s degree in marine biology and fisheries from the University of Miami while interning at NOAA’s Southeast Fisheries Science Center. She later interned at the the Central Caribbean Marine Institute in the Cayman Islands where she suggested setting up a coral nursery, despite regulatory hurdles.

“Undeterred, I reached out to the Cayman Islands Department of Environment and partners at the UM’s Rosenstiel School of Marine and Atmospheric Science. By September, we were setting up the first coral nursery in the Cayman Islands — one of the proudest accomplishments of my career,” said Lohr, who was promoted to a permanent position at CCMI.

Her accomplishment led the Cayman Islands Department of Environment and their partners to the establishment five more coral nurseries for research, restoration and education.

“Katie’s interest in the link between science and policy, her experience with scientific communication and her strong professional and interpersonal skills make her an outstanding candidate,” said Joshua Patterson, an assistant professor in UF’s School of Forest Resources and Conservation and Florida Sea Grant’s restoration aquaculture specialist. 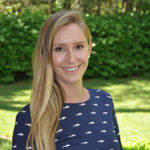 Bianca Prohaska earned her Ph.D. in ecology and evolution from Florida State University. For her dissertation, she investigated the stress physiology in the endangered smalltooth sawfish and how human-caused habitat loss may be affecting juveniles. She also studied how longline capture in scalloped and great hammerheads affects their stress physiology, and their potential to survive once released.

The recent graduate will be spending 2019 working for NOAA’s Ocean and Atmospheric Research International Activities Office.

“I hope to earn a job working the federal government with NOAA or another agency working in fisheries research, management or environmental compliance,” Prohaska said. “I think this year will help me decide which of those three areas are of most interest to me after getting experience in marine policy.”

Prohaska earned her bachelor’s degree in biological science from the Florida Institute of Technology and her master’s degree in marine science from the University of New England. Throughout her undergraduate career, Prohaska served as president for the Tri-Beta Biological Honor Society where she organized a guest lecture series and weekend trips to Florida state parks.

From 2009 to 2015, Prohaska served as a volunteer scientist on the NOAA Bottom Longline Survey where she helped determine the abundance, distribution, life history and migratory patterns of sharks in the Northwest Atlantic. This data is used for stock assessments and fisheries management decisions.

“These research cruises imparted valuable skills for working as an effective member of a team and cemented my interest in elasmobranch conservation and decision to pursue a career in management-based science,” Prohaska said

Dean Grubbs, associate director of research at FSU’s Coastal and Marine Laboratory and Prohaska’s adviser, commends his student for completing more than 300 days at sea collecting shark blood samples, often for consecutive days with little or no sleep.

“I believe less than one percent of graduate students could do what she does,” Grubbs said. “She has a rare combination of keen academic intellect and incredibly strong ability at sea. I believe she will be a rising star in our field.” 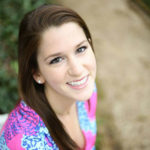 Emma Hollowell is a recent graduate of the University of Miami School of Law  and UM’s Rosenstiel School of Marine and Atmospheric Science, where she earned a J.D. with a focus on environmental law.

In her fellowship, she will be working as a policy liaison for the United States Department of the Navy.

While earning her degree, she worked with the UM Law Environmental Justice Clinic to find compensation and remediation for the City of Miami’s West Grove community, a formerly segregated Afro-Caribbean and African American community that shouldered disproportionate levels of environmental pollution.

“I was involved in filing a class action law suit against the City of Miami on behalf of the community, after many decades of continued inaction following the operation of a massive municipal incinerator in their community for nearly 50 years,” said Hollowell, who recently passed the Florida Bar exam.

Catherine Millas Kaiman, an associate attorney at Earthjustice, said Emma worked to gain the community’s trust and input while working with them.

“Emma worked tirelessly with the community in its search for comprehensive environmental health testing and adequate remediation in their neighborhood,” Millas Kaiman said. “She spoke publicly at governmental meetings, prepared litigation documents and conducted impeccable legal, scientific and factual research.”

Hollowell earned her bachelor’s degree in environmental science and political philosophy, policy, and law from the University of Virginia and her master of professional science degree in coastal zone management from the University of Miami. She has participated in coral-focused field work in the Bahamas and Panama, and served as an intern for the National Fish and Wildlife Foundation. While completing her law degree, Hollowell also served as a legal clerk for  the U.S. Department of Justice Natural Resource Division in Washington, D.C. where she focused on Clean Air Act violations.

“I have long recognized the distinct need for more science influencing policy and regulation,” Hollowell said. “And I want to be part of that change in governance.”