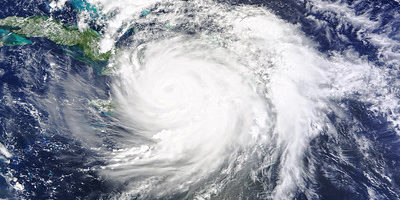 “Our climate is changing and, with that, comes more extreme events,” said Ashley Smyth, an assistant professor of soil and water science at the UF/IFAS Tropical Research and Education Center in Homestead. “Just look at the most recent hurricanes — as they cross the Gulf, they gain energy. That is because of the warm water. As the air stays warmer longer, so does the water. What we also need to be concerned about is the heat and what that means for human health.”

Here are a few of the questions that the document answers:

The document stemmed from a project they worked on last year with Thriving Earth Exchange. Residents and employees of the city of Hallandale Beach attended a forum, Papaceck said. With the forum, they aimed to increase climate literacy for the city staff, and they held a forum for staff to ask questions about climate change directly to scientists.

“There are a few key take-a-ways from this,” Smyth said. “The rate of change is increasing, meaning that unless we change our emissions, we will likely see hotter and hotter summers. That means climate change is not moving as slowly as it did in the past. One degree might not seem like a lot, but it is enough to trigger sea-level rise, snow melting, storms, heat waves and drought. These small changes add up over time to have large impacts. This is a sign of the Earth heating up.”

Another big takeaway from the paper, says Smyth, is that climate change is costly. It also can change growing seasons for agriculture by affecting pests, time and duration of rainfall and fertilizer use.

“Those can impact businesses’ bottom lines,” she said.

Smyth sees some positive signs in human activity that might change the trend toward global warming.

“I also think it is important to remind everyone that there is still hope,” she said. “More people are concerned, and there is evidence that people are taking action to reduce their carbon emissions, one potential cause of global warming.”

Added Papaceck: “Many Floridians are already tuned in to what is happening, and most people are already concerned with the trajectory of our climate. We wanted to not only answer any lingering questions they may have about the science of climate change and what that means for Florida, but also provide some tools and resources to on how they can act now. The sooner we act, the smaller the impacts.”