As part of a national initiative to increase U.S. aquaculture production in the next four years, three Florida Sea Grant researchers have been awarded more than $1.1 million by the National Oceanic and Atmospheric Administration for projects in both fish and shellfish farming.

The projects include basic and applied research to improve efficient production of seafood, permitting of new businesses, management of environmental health issues, and economic success of aquaculture businesses.

The three research projects that will be funded are:

“We are excited that these Florida projects were selected for funding by NOAA, because the conditions in our coastal waters are ideal for high productivity of valuable food fish and because we have unmatched expertise in this state to take research-scale marine aquaculture to the commercial level,” said Karl Havens, Director of Florida Sea Grant.

The Florida funding is just a portion of $9.3 million NOAA has awarded to 32 projects across the U.S. to spur growth of shellfish, finfish and seaweed aquaculture. All projects will include public-private partnerships and will be led by Sea Grant programs in the respective states.

With each project, every two dollars of federal funding is matched by one dollar of non-federal funds, bringing the total investment in these research projects to more than $13.9 million.

“As our nation’s appetite for healthy, sustainable seafood continues to grow, aquaculture presents a major opportunity to meet this demand,” said U.S. Secretary of Commerce Wilbur Ross. “These grants support research that will help industry meet this growing need.”

Dan Benetti is an aquaculture researcher at the University of Miami Rosenstiel School of Marine and Atmospheric Science. His three-year project aims to create an affordable supply of seed through advances in hatchery technology for economically important marine fish species–red snapper, Nassau grouper and hogfish.

He adds that in order to grow the marine aquaculture industry in the U.S., development of commercially available seed stock sources are needed as well as new technology to live-ship seed stock.

“This project aims to resolve these issues and will allow for commercial producers to have access to low-cost, reliable supplies for the culture of a variety of native marine finfish,” Benetti said.

“These results will likely be felt throughout the fishing community as it may help relieve pressure on wild stocks without negative economic impacts associated with reducing catch.” 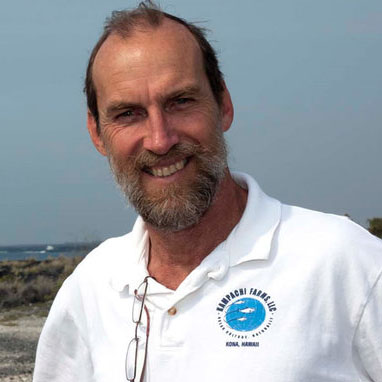 Neil Anthony Sims, CEO of Kampachi Farms is funded for one year to lead a net pen demonstration project in the Gulf of Mexico as an educational platform for policymakers, the public and fishing interests. The net pen will float at the surface off the coast of southwest Florida, and will house one of the native marine fish species from Benetti’s project.

The pen is a pilot project only. In 2016, NOAA Fisheries finalized a rule that would allow commercial aquaculture operations to be permitted in U.S. federal waters in the Gulf, and to date, no applications have been received, according Jess Beck-Stimpert, an aquaculture coordinator with NOAA Fisheries.

“This demonstration pen would therefore be the only permitted structure in Gulf waters,” said Beck-Stimpert.

Sims has successfully deployed similar demonstration fish farming pens off the coast of Hawaii. The project will require a short-term Exempted Fishing Permit, which allows for these types of small-scale projects in the Gulf.

One of the major barriers to expanding open ocean aquaculture commercially in the Gulf of Mexico has been its arduous permitting process, Sims said.

While maintaining the demonstration net pen operation, Sims and his team will also be actively pursuing an application for a commercial aquaculture permit in the Gulf of Mexico and document the process as a reference for future applicants.

“We will work with the various agencies to identify areas needing further regulation clarification of agency requirements, or elimination of efforts or other redundancies,” Sims said. “We will make our documentation readily available for future aquaculture industry applicants to use as a template.” 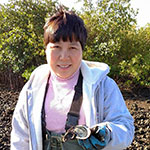 “Since hatcheries are handling fragile early life stages, seed production can often fluctuate due to many unnoticeable reasons. In addition, demand of seed can often be influenced by unpredictable weather events,” Yang said, referring to the 2016 Hurricane Hermine that wiped out many juvenile clam bags in Cedar Key, caused a major increase in clam seed demand.

Yang and her team plan to create educational materials for shellfish farmers, host seminars led by industry professionals and make a web page to house all the content on a web portal.

“We are expecting that the extension of science-based knowledge in this project could help the hatchery farms to learn and make appropriate modifications for their operations to increase seed production,” Yang said.

For information about the other projects funded, visit: Sea Grant announces $9.3 million for aquaculture research and industry support