The balance between sustaining economic viability while protecting coastal resources is complicated by an increase in Florida’s recreational boating and other water-related activities.

These diverse and often competing uses of coastal resources have increased the number and intensity of user conflicts. For instance, the decline in public waterway access to recreational boaters, major contributors to Florida’s economy, is a particularly contentious issue.

Florida Sea Grant addresses the diverse boating needs and issues that face Florida and the nation. With its partners, Sea Grant aims to achieve an acceptable balance among environmental sustainability, recreational small-craft use, and growth in coastal communities through science-based research and extension.

As more users flock to Florida waterways, conflicts have increased. From debates about what constitutes exercise of the rights of navigation to deciding who pays for dredging, many difficult topics confront those charged with managing our waterways. In 2006, the Florida Legislature began addressing some of these issues. The Legislature limited the ability of local governments to regulate non-live-aboard vessels outside of legally-permitted mooring fields. The Legislature also clarified the authority of local governments to deal with derelict vessels.

Congested waterways and increased development has also resulted in conflicts over anchoring and riparian rights. Regulation of anchoring presents a complex picture as the area may be concurrently regulated by federal, state, and local governments. The federal navigational servitude places limits on state and local regulation of anchoring even as state law imposes limits on how a local government may regulate anchoring.

The 2009 Florida legislative session ended with the passage of a significant boating law reform package promoted by the Florida Fish and Wildlife Conservation Commission (FWC). Among other things, the reform authorized local governments to create boating restricted areas for certain purposes, after approval by FWC, and created a pilot program allowing selected local governments to regulate anchoring outside of mooring fields, also after approval by FWC. 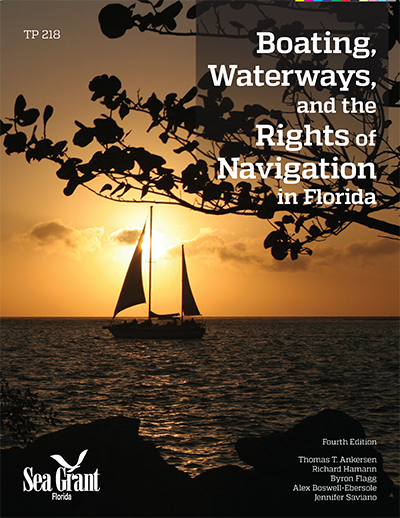 Boating, Waterways and the Rights of Navigation in Florida

This is now the fourth edition of an analysis of the federal, state, and local government law associated with the practice of navigating on the waters of the state of Florida

This is now the fourth edition of an analysis of the federal, state, and local government law associated with the practice of navigating on the waters of the state of Florida (formerly titled Anchoring Away: Government Regulation and the Rights of Navigation in Florida). When the first edition was released in 1999, it focused largely on anchoring, often considered part and parcel of the right of navigation. The second and third editions continued with this focus. For this edition, the substantive scope has been expanded to broadly address the attributes of waterborne navigation in Florida, including anchoring. 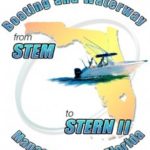 From Stem to Stern

Florida Sea Grant’s From Stem to Stern II conference in May 2012 was attended by all sectors of Florida’s boating and waterways community, including planners, resource managers, agency officials, waterway users, marina operators, industry reps, harbor masters, city managers, elected officials, law enforcement, policymakers, and researchers. Copies of the presenter’s PowerPoint slides are available on the website and cover a vast range of boating-related topics. Plans are currently underway for From Stem to Stern III.