Landowners and waterfront users can enter into private agreementsthat define the terms of use of private waterfront lands. 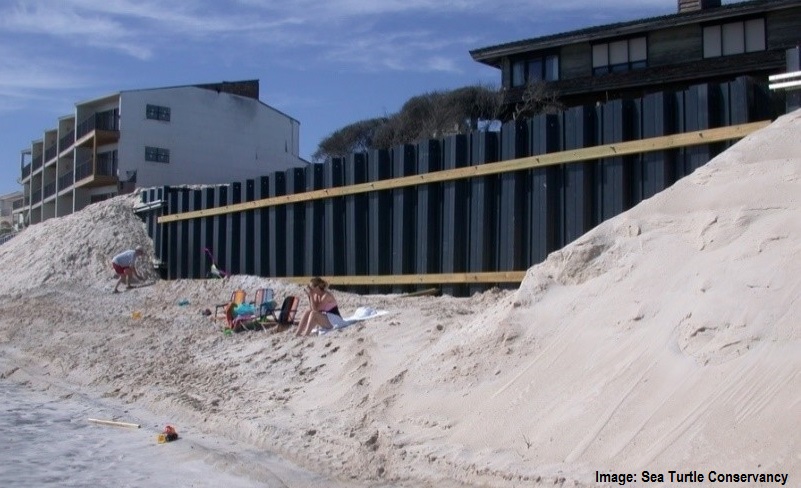 Private agreements provide a means to enforce promises between two or more parties, typically formalized in a written contract.

A landowner may informally agree (verbally or in a non-binding statement) to allow certain people the privilege of gaining access to the shore across his or her property. In order for a private agreement to be legally enforceable, it must convey a benefit to each party (the owner and the user); otherwise, it lacks “consideration” and can be easily revoked. These agreements are inexpensive to create and do not bind the landowner or subsequent purchasers of the land, but they are risky for those acquiring access through informal agreement, as the access privilege could be revoked at any time. Landowners and beach users can also enter into more formal and binding agreements in which the landowner specifies how the land is to be used and to create conditions that, if not met, would allow revocation of the access rights. They can be useful to avoid more onerous access rights compelled by the government.

How can agreements be made legally enforceable?

For a contract to be legally enforceable, it needs to include benefits for both parties. The scope of this tool is limited mostly by the imagination of the parties involved. As long as the parties are negotiating on equal footing, and as long as each party is conveying a benefit to the other, almost any type of private agreement can be entered and enforced. It is important to note that a private agreement that only conveys a benefit to one party (such as a landowner promising to provide access rights with nothing in return) may not be an enforceable agreement. It could lack “consideration,” a necessary element for a valid agreement. For this reason, once the parties have come to an agreement, it is important that a lawyer be consulted to draft the agreement in a manner that will be enforceable in court.

What happens if one of the parties breaches the agreement?

If the landowner breaches the agreement, the other party may need to be compensated, but it’s unlikely that access will be enforced. Private agreements differ from conveyance/acquisition in that the landowner is agreeing to permit a use of her land, but is not actually transferring the property interest in that land. For this reason, if the landowner breaches the contract she becomes liable to the other party only for the value of the allowed use she subsequently refused to permit. She may need to compensate the other party by monetary means, but the court will not likely force the landowner to grant the other party the promised access. This is particularly true if the other party could acquire similar access elsewhere. An exception might exist if the access point is unique to the area. The specifics of the agreement will determine the likelihood that monetary compensation (as opposed to continued performance) will be required in the case of a breach of the contract. This is another reason to consult an attorney over the specifics of any agreement.

This type of arrangement relies solely on the good will of the landowner, and provides a strong incentive for the other party to the agreement to ensure that such good will is maintained. The other party might set up a means to ensure stewardship of the access point.

The landowner likely would not incur increased risk of liability from such an arrangement because Florida provides for limited liability for landowners allowing recreational use (See Fla. Stat. § 375.251, Limitation on liability of persons making available to public certain areas for recreational purposes without charge). Landowners have a strong incentive to offer access in this manner because they remain in ultimate control of the arrangement. Further, by alleviating some of the demand for access, the landowner helps reduce the likelihood that the tool of eminent domain will be used to force a non-voluntary conveyance of some permanent interest. This type of non-binding agreement might be used as a first step to test whether certain conditions of use will be satisfactory to a landowner. The parties could then enter into a binding agreement for a period of time, or use the tool of a formal conveyance/acquisition of a property interest.

Why would coastal property owners benefit from the use of a private agreement?

Private agreements offer landowners continued flexibility and control of uses on their property. Private agreements are ideal for landowners who are willing to consider certain types of coastal uses on their properties, but are not willing to transfer ownership, at least initially. In this same way, contracts allow landowners to test their comfort with particular uses before entering into a more binding long-term agreement such as an easement.  Landowners may also have a strong incentive to enter into such agreements because they could forestall the need for more severe regulatory or non-voluntary acquisition approaches. Incentives such as use fees and property maintenance may also be negotiated with users to the benefit of the landowner. The ability of a landowner to change his mind is more present in private agreements than in a transfer of a property interest.

Why would potential users benefit from the use of a private agreement?

Private agreements may offer users the only possibility of access to some sites. Because private contracts impose minimum risk on the landowner, owners may be more inclined to try this tool than others that are more binding. Therefore the use of private agreements may provide users with access locations and uses, even if temporarily, that might otherwise have been impossible.

When are private agreements best used?

Private agreements can be more flexible and cost effective than an outright conveyance or acquisition of land. They are best used when:

When are private agreements NOT the best tool for access?

Other tools are best used when permanent access is desired. Private agreements are not ideal when landowners wish to convey or others wish to acquire permanent, predictable and/or long-term rights of access that bind future landowners as well as the existing one.

What are the types of private agreements? When is each type best used?

Generally, a private agreement permits certain uses to identified users, in exchange for some benefit to the land owner. Private agreements differ from conveyance/acquisition in that the landowner is agreeing to permit a use of her land, but is not actually transferring the property interest in that land. Private agreement is a general term used here to encompass a category of specific tools described below.

To be effective, any type of private agreement should be drafted to address the following:

There are two general types of private agreements:

If desired, a contract can be drafted as: